NORMA WINSTONE – Dancing To Her Own Tune 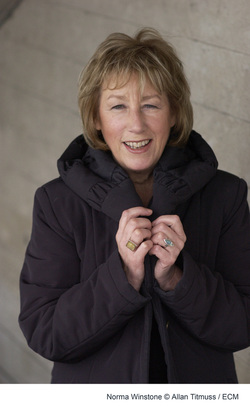 Long regarded as one of the UKs finest vocalists, Norma Winstone has had a distinguished career since the 1960’s performing standards, contemporary jazz compositions to which she has added lyrics and wordless vocalising in more improvisatory  settings.

However, of late it has been apparent that Norma has found a natural home in the trio with German reedsman Klaus Geing and Italian pianist Gauco Venier.

With the release of their new album, their third for ECM Records, Dance Without Answer, I take the  opportunity to talk to Norma about her work with the trio, and also an exciting new project and forthcoming recording with pianist Nikki Iles.

One of the most remarkable attributes of the trio’s ECM releases is the way in which they differ, yet have a core sound and identity which has been allowed to mature over a period of time, and I begin by asking Norma how she feels how the trio has developed in the time that they have been together?
“I think we have developed our ‘sound’ over the years” she replies. “Klaus’s expertise on bass clarinet has grown into quite an art. We sometimes use it as a percussive instrument and it underpins the piano and voice. Its lower register also gives more depth to the sound of the group. Another important factor in our development is that we never play anything the same way twice.”

The way that these three remarkable performers keep their music fresh is apparent in the recorded evidence for the German based label, with the three albums recorded for ECM all being very different in character, mood and feeling from each other.  One of the noticeable and important traits of the trio is the way they draw music from many different genres, from classical music, the Great American Songbook, and
contemporary popular music as well as jazz. So is this a conscious decision or does the music suggest itself I ask? “We don’t rule out using music from any genre. If we hear something in a piece of music which we feel we can work with, we include it in the repertoire” is the simple yet obvious reply. 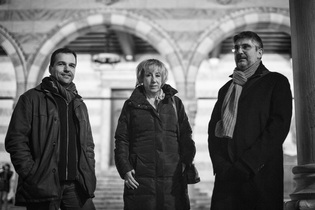 Another avenue that offers much in the way of material that may otherwise be untenable for the trio is Winstone’s skill as a lyricist. As well as writing lyrics for original material from within the band, she has long been renowned as adept at adding words to compositions to existing instrumental music. This is a talent that the singer modestly plays down, saying that “My inspiration for lyrics always comes from within the music. I have to have the
feeling on hearing a piece that lyrics are possible which generally means that I have to fall in love with something about the composition.” However, it appears that imagery also plays a part in the process. “Definitely”, agrees Winstone. “For Klaus’s tune ‘High Places’ the lyrics were inspired by a French Canadian film called Incendies. I’m not so much telling the story of the film as responding to its atmosphere. A lot of my lyrics are ‘filmic’ I tend to think visually when I’m casting around for words.”   After a moment’s thought Norma adds
“Another example where imagery played a big part in the process was when writing the lyrics for ‘The Peacocks’. I was trying to think of where peacocks would be seen and this led to me thinking about stately homes and the peacocks roaming around the grounds.”

In terms of repertoire for Dance Without Answer it is wonderful to hear the duet with Norma and Klaus on ‘San Diego Serenade’ as his bass clarinet playing is so original. This piece has been in the band’s repertoire for many years, and was first recorded for the trio’s first album for Universal in 2002. “This is a piece which always seems to be popular with our audiences” enthuses Winstone, “and unfortunately Chamber
Music was deleted a while ago so we thought we would make the piece available to the public again.”

Another highlight and one of the most moving pieces I have heard from the trio is pianist Glauco Venier’s composition ‘Gust Da Essi Viva’, which
had me reaching for the repeat button almost before the final notes had faded. “Manfred (Eicher) says that every album should have a track like that, one that you have to hear again immediately. Glauco particularly liked a poem by a local poet written in his local dialect (Friulian) which he set to music” explains Norma. “I loved the setting and he coached me with the pronunciation of the dialect. I love singing in this dialect and have actually recorded a whole album with an orchestra singing Friulian folk pieces which Glauco re-harmonised. I sang “Ciant” by Pasolini on the first ECM CD Distances which was also in the same dialect.” 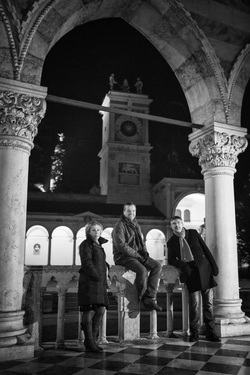 Moving away from the bands repertoire the conversation turns to the settings Winstone has found herself performing in. Whilst in a varied and long career the singer has performed in line-ups from duo to big bands, and almost everything in between some of her most widely acknowledged work has been in a trio, so I ask Norma if this is a format that she finds herself drawn to? “So it seems!” she replies, and it perhaps at this point that may be I have raised the question that has been asked a few times too many. However after a brief pause, Winstone continues “The trio is a nice number for improvising, there is less confusion. In fact, playing in trios more often than not has happened by chance rather than by design. As a matter of fact Azimuth was a prime example of this ‘chance’ happening. John Taylor and I had approached Manfred Eicher of ECM about doing a duo record. John had just acquired his first synthesiser and was keen to use it, but Manfred said that he was also hearing another voice in the music, perhaps a flugel horn, and suggested using Kenny Wheeler.” And from those humble beginnings and intuitive feel for what sounded right with certain musicians, the trio Azimuth was born, in what would develop into a highly productive and longstanding
association.

A similar thing also occurred with the recording of another of the singers most widely acclaimed albums (again for ECM), Somewhere Called Home. Norma takes up the story, “I had been wanted to record an album using some standards but I didn’t think Manfred would be interested. However, at
this time  he was heavily involved with recording Keith Jarrett’s Standards Trio and as he said that he
‘no problem with recording standards’ he asked what I had in mind. I had thought about recording the album using John (Taylor) on piano, and bringing in guests to play on different selections. Manfred enquired as to who I wanted to use. I mentioned Tony Coe as one of the names and Manfred said why didn’t we record the whole album with just myself, John and Tony and that is what we ended up doing.” And thus another fine recording was made and a superb trio created, again by a chance remark.

However suited or drawn to working within a trio Winstone may be, finding suitable performing situations and gigs is always a problem. Norma has her own theories on this frustrating situation “Touring the UK is always difficult. Sometimes lack of money is the problem, other times it may be that there is too much variety in what I do. People might not know what to expect. They might find the instrumentation unusual, or expect a piano, bass and drums trio with a singer performing standards.” 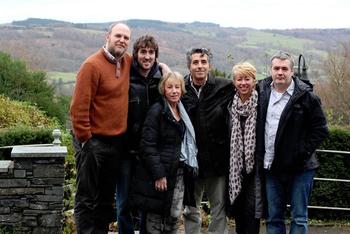 It is this variety and inquisitiveness, and willingness not to stand still that has kept Winstone’s music so fresh and it is this adaptability that finds her playing in another new band with long time collaborator pianist, Nikki Iles in a group calling themselves The Printmakers. As well as Norma and Nikki Iles the group is comprised of
guitarist Mike Walker, saxophonist Mark Lockheart, bassist Steve Watts and
drummer James Maddren and set out to cross the boundaries that traditionally
separate jazz, folk and the contemporary music world and are united by a love of song. “This is a great band with a nice blend of different personalities and   generations, although it can be difficult to get together as we are all busy with our own bands and other projects” explains Norma. “We have done a number of concerts and felt it was time to record some of the pieces we have been working on. The repertoire contains some originals by Nikki, Mike Walker, Ralph  Towner and pieces by Joni Mitchell and Steve Swallow. It’s a delightful group of people to work with; very joyful and unpretentious!” Although as yet unmixed, the album is scheduled for release in September 2014 on the Basho label, so watch this space.

Of her plans for 2014 Norma says “I am hoping that we’ll tour a bit more with the trio; there are possibilities for Canada, New York and maybe
Japan later in the year.  I hope that we may do more concerts with The Printmakers. There is also an interesting idea to do a project for three
singers and piano with Anita Wardell and American Kate McGarry and Nikki Iles. The idea is that each singer focuses on music derived from their own cultures and will be sometimes performed by all three together. My plan is to keep singing as much as I can!”
Top of Page