TOMMY SMITH (Part 3) - On The Road With The SNJO: The American Adventure 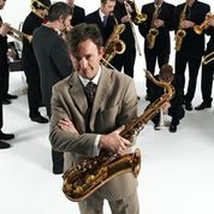 “The Scottish National Jazz Orchestra, under the direction of Dr. Tommy Smith, is truly phenomenal. When you hear the SNJO for the first time, you may think you know what the band is all about, but usually you're only getting a part of the picture. That is because their scope is so amazingly broad. This band can swing as hard as any American jazz orchestra. It is also capable of eliciting every ounce of beauty from a pastoral piece with a decidedly European aesthetic. On the day I recorded with the SNJO, the orchestra almost melted the sound tiles in the studio as they burned through a hyper-modern performance of Richie Beirach's Pendulum. Less than two hours later, they were on stage at New York University, in tuxedos, playing an Ellington program which would have made Duke himself proud.

Yes, the Scottish National Jazz Orchestra has the scope to play such a wide variety of music. They also have the sheer talent to be able to pull it off. And in Tommy Smith they have the creative dynamo to keep things forging ahead well into the future. To say it was a pleasure to record with this band would be a wild understatement!” 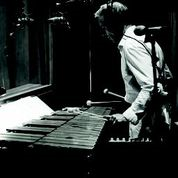 The above quote from Joe Locke goes just some way to showing the high esteem in which Smith and the SNJO are held not just on these shores but also across the pond, and on the international stage. Locke’s comments about the orchestra and the sessions at Avatar are also borne out by arranger Fred Sturme’s reference to the SNJO’s recording of his arrangements of ‘Splatch’ and ‘Yes or No’, which he described as “FANTASTIC. I love the solo performances, the playing by the band, and the mixes. The ensemble on both charts is so wonderfully clean, precise, powerful, nuanced. Bravo to you and to all of your musicians for your artistry and attention to detail. As you no doubt know from your own experiences, it's rare for composers and arrangers to get precisely what they envisioned into a recorded performance, and you've gone a step better with these two tracks. I'm especially blown away with what you and Mike did with "Splatch" -- in the wrong hands, a chart like that can be dated, corny, big band 'boogaloo' at its worst. Not yours — and his blowing killed me. That track will long be one of my most treasured recordings of my charts. Bravo and thank you!”

With these plaudits ringing in our ears we conclude our interview with Tommy, in this third and final part of The American Adventure, as the saxophonist describes day two of recording at Avatar studios, and the subsequent dates that brought to an end the SNJO’s Stateside trip.

The second day began at 9.00am with my great long-time friend Joe Locke, who I had known since the age of 16. He was to play Fred Strum’s arrangement of Wayne Shorter’s ‘Yes or No’. This was one of my favourite tunes to play in the world, I played it from the age 14 and recorded once for GFM but it was never released. Fred’s arrangement is brilliant and Joe delivered his outstanding best and played beautifully, as I know how he likes to prepare for such an event.

I met Bill Evans on a flight to Arendal in Norway, in 2009, where I introduced myself, as he was sitting with Randy Brecker, who I already knew. We hit it off immediately, and talked the rest of the night about golf and Miles Davis. Bill was to play my arrangement of ‘Quartet No. 1 part 2’ by Chick Corea that I had arranged for drummer Gary Novak in 2004, as part of our Chick tribute. Bill had worked hard on getting in shape for his performance and the playing speaks for its self. 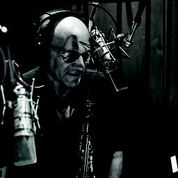 The master, Dave Liebman, was our final guest, and the only player to do one take. He had just toured with the SNJO earlier in the month, so we were still hot from those dates. My Berklee school buddy, saxophonist and flutist Donny McCaslin played a wonderful solo along with David Kikoski but it was Liebman and Alyn Cosker that really shone on this arrangement by Jim McNeely of Richie Beirach’s ‘Pendulum’. And there ended the Avatar Sessions at 6.00pm, we said our goodbyes, grabbed our tuxedos and took taxis downtown to play a concert of Ellington and Gershwin at New York University. 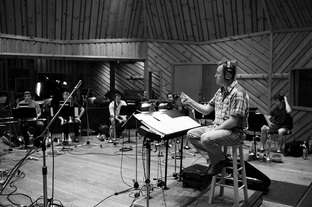 The next morning, I walked back to Avatar to pick up the master tapes, and then we headed by coach to Rochester, which was 6 hour drive. We arrived rested and I headed straight to the golf course for some practice before the next morning’s early game with festival director John Nugent at Oak Hill. Alone on the practice ground, hitting shots into the sun, I felt the most relaxed I’ve felt for a long time. Afterwards, I went into the clubhouse for some dinner and wait on the ride back to the city. They asked me if I was a member and I said no but Marc Iocona is my friend. I ordered food and asked for the bill. The waiter, whose mother was Scottish, said, “We don’t accept any money here sir, it has to go on Mr. Iocona’s account.” I was embarrassed and mortified but the next time I see Marc I owe him dinner. That evening I heard some music and went to bed early.

The next morning John picked me up in his Porsche at 7.00am – I said, where do I put my clubs? He replied, “on the roof, where else!” I quickly got in and squeezed them between my legs. John played an incredible round and beat me by 5 shots. I was firmly put in my place. By 4.00pm the SNJO were sound checking at the Xerox Auditorium and were ready for two full shows. During the first concert 2 ladies began to dance in the aisle near the front of the stage. We ignored them and continued. After the last note of ‘Rhapsody in Blue’ at the end of each set the audience erupted onto their feet, something we’re certainly not used to but enjoyed the same. Throughout the concert the audience’s applause inspired us to new heights. After both shows, we all retired back to the hotel and the jam session where a majority of the SNJO played in various forms. I jammed with the festival director and out of musical courtesy I trust I behaved like a gentleman.

The next morning at 5.00am we were on the bus on our way to Canadian border and Toronto for a lunchtime concert out doors in the main stage. We stopped at the border and went through customs greeted by the moodiest border guard I’ve met, apart from the one in Yemen, Kazakhstan and Russia. We then awed at the Niagara Falls, during which our bus driver, Tony, got a parking ticket. Incidentally, Tony kept getting lost and that aggravated the hell out of me but Martin Kershaw and Chris Greive helped the guy find our various locations, eventually. I just don’t understand, when you drive a coach you should at least do your homework. However, it was raining very badly when we began to play in Toronto but the audience again was in fine form and propelled us to new places where we forgot about the weather beating down on the tent. That evening was free and most musicians hung out in their various groups. I had dinner with Lindsay, where we mostly talked about SNJO business.

Ottawa came next and again Tony got lost, I’m surprised this guy could find his hotel room. Finally we made it to the hotel and then the venue where we sound checked. Before our concert a few of us ventured off to hear the first few pieces of Wynton Marsalis and the Lincoln Center Jazz Orchestra, who were on astounding form. We returned to our smaller venue and played our set, under whelmed. The audience again was terrific.

Finally, we set off for Montreal and the final concerts of our short trip across the pond. During the afternoon I had gone to see the venue and was awestruck by its sheer size and scale. I immediately, sent texts to the orchestra and told them to prepare for a concert of a lifetime, implying that they shouldn’t have too much of a liquid lunch. The first concert was at 9.00pm to a sea of 12,000 people who screamed and cheered their way through the music of Ellington and Gershwin. What an amazing buzz! Kellock and the band were on fire! I introduced most of the concert in French and told them that we preferred to wear tuxedos instead of kilts, as we all admired Sean Connery so much. Screams of adoration came for 007. I also told them that our whiskey was better than the Canadian variety, which was followed by silence and then booing. Afraid of losing the audience I immediately told them that we wore no under-wear, which set them off in the right direction again.

At the end of the tour we made new friends and played some great music. For myself, I was proud to be leading such a fine group of musicians through the 9 concerts at 6 venues and 2 days at Avatar.